Palazzo is an Italian word that means palace. The grand and elegant palaces in Italy definitely describe the class and style of the palazzo pants. If you want to know more about these chic and stylish pants, you need to know its history and how it was created. Palazzo pants or wide-leg pants have been in the fashion scene for many years. Since the 1920s, women have worn loose or wide-leg pants in Asia and other parts of the world. Here is the palazzo pants fashion history from the 1920s up to the modern time.

The wide-legged style of the palazzo pants may have been highly influenced by the Asian fashion in the 1920s. In China, the wide leg pants are made of silk, which was usually worn by the royalties, popular entertainers, and nobilities of that era. This type of style is often called the pajama pants or lounge pants, which is always loose-fitting, straight, and flows down to the ankles. These wide-legged pants are often paired with a tunic that has an Oriental-themed design.

In the 1920s, the wide-leg lounge pants were growing in popularity. Famous celebrities, as well as the regular folks, began wearing these roomy and loose fitting pants when going to the beach or just lounging at home.

In the 1930s, wide-leg pants became an almost everyday fashion for most women. They were always worn as a casual summer beach outfit, but these pants were also commonly seen around the house because they very much resemble a sleeping pajama. The outfit is mostly made up of the wide leg pants paired with a button-down blouse or tunic and a belt.

The 1930s gave birth to the beach pajama, which was lounge pajamas that were meant to be leisure wear. Their light and airy style were suitable for the summer heat, which was most likely why many women wear it when going to cruises or traveling to tropical destinations. Although the most common beach pajamas were just designed as wide-legged pants, the others were made with halter tops and suspenders.

This decade also gets credit for creating wide-leg pants with the widest flares and the most daring patterns. Women began wearing beach pajamas with oversized flares that were really wide.

Along with the beach pajama, there was a more modest wide-leg pants design that was widely accepted by women who were non-beach goers. This outfit was created as sports clothing but they were worn by women regardless if they were into sports or not.

There was a popular story regarding the famous designer Coco Chanel wearing palazzo pants or wide leg pants in the 1930s. During a trip to Venice, Coco Chanel discovered the wide leg pants and grew fond of them because they were very comfortable and easy to wear when boarding the gondolas.

Actresses and famous celebrities in the 1930s like Katharine Hepburn, Marlene Dietrich, and Greta Garbo were seen wearing the wide leg palazzo pants 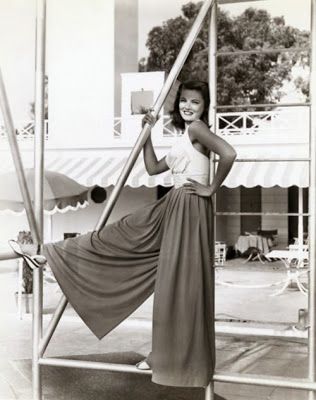 In the 1940s, working girls wear trousers, which mean that the palazzo pants wide leg design aren’t suitable for them at all. This is the reason why the pants became narrower but still has some flare to it. The women’s pants became denim pants and many were made from strong cotton twill. However, as the years go by, more women are wearing pants in public and it wasn’t long before women can wear wide leg pants as part of their leisure outfit. Most of these pants have the same style as palazzo pants since they feature high waistband and a wide leg.

When the 1950s came, the wide leg pants slowly faded out of the fashion scene. The women’s pants were still high waist with full hips, but it was tapered and slimmed down at the ankle. During the mid-50s up to the 60s, pants became slimmer.

In the 1960s, some upscale restaurants started refusing to let women inside their establishment if they were wearing trousers or pants. The owners of these restaurants think that this type of fashion is inappropriate. Some women were too stubborn to follow this type of absurd rule by the restaurant owners, which made them look for ways to circumvent the ban on pants. The best solution they came up with is to wear palazzo pants or wide leg pants as their evening wear. 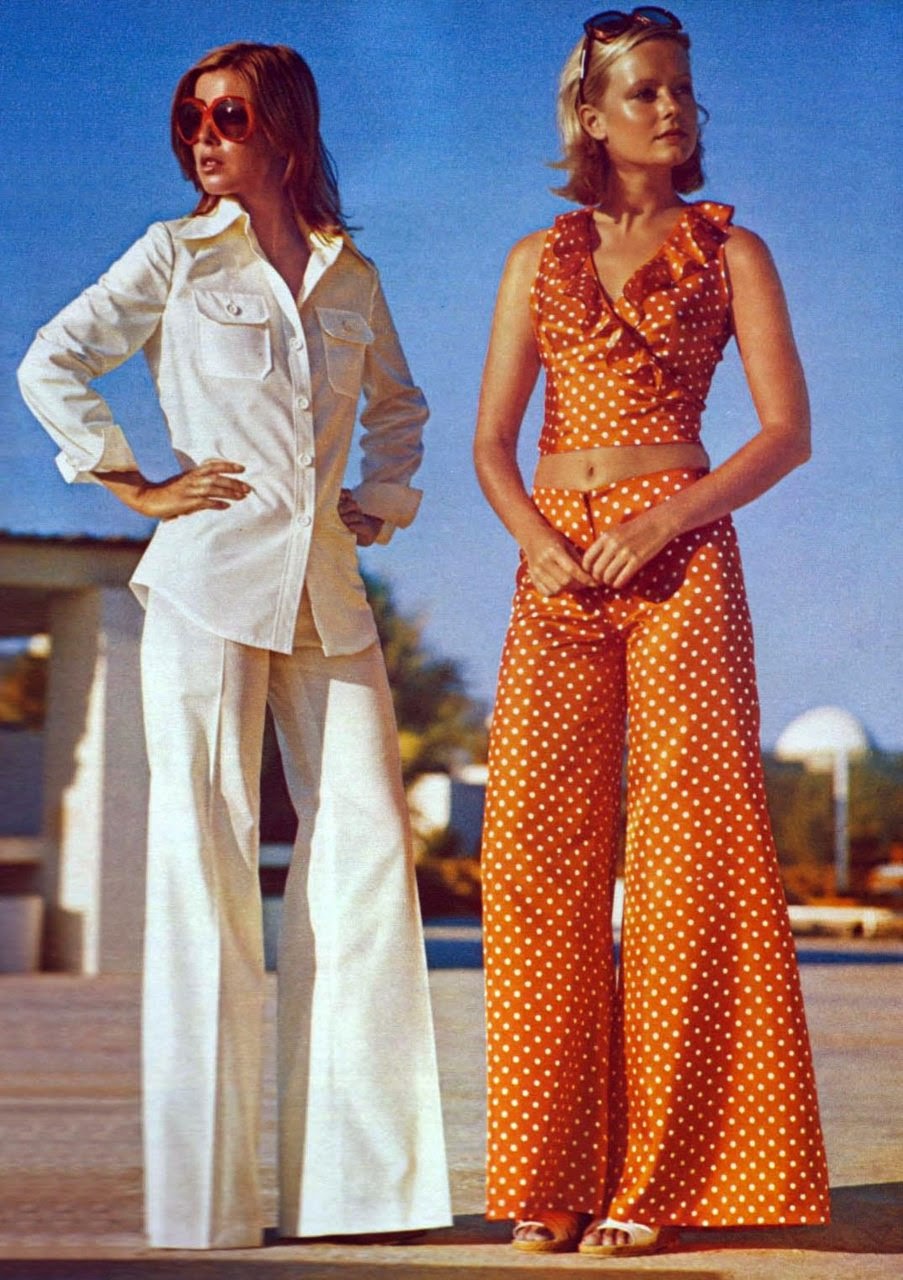 Palazzo Pants from the 70s to the Present

Wide-leg pants or palazzo pants resurfaced and became popular again in the 70s. The counterculture movement of the late 60s and 70s chose to wear a more loose and flared pants. The hippies of this decade were sporting loose pants with colorful and creative patterns. They also popularized the bell-bottom pants, which are pants that flare out from the knees down to the ankle.

When the 80s came, the wide leg flared pants or palazzo pants went out fashion once again. Skinny jeans and baggy shirts were the popular trends in the 80s fashion scene and palazzo pants were nowhere to be found. However, famous designers like Donna Karan and Giorgio Armani created power suits for women that included palazzo pants.

In the 90s, there was a bit of resurgence in the wide leg pants. The hip-hop culture brought the oversized pants back to life, which is often paired with tight tops. Some artists were also seen wearing wide leg pants when they were performing like Gwen Stefani.

Today, the palazzo pants have made a complete comeback and they are once again a hot item in department stores and fashion boutiques. It’s amazing to know that the palazzo pants have a very rich fashion history and it went through so many changes and reinventions. These wide leg pants or palazzo pants may fade away from the limelight but they will always manage to come back because they offer so much style and comfort.

The 10 Types of Palazzo Pants